Dr. Still founded the Southeastern Firefighters’ Burn Foundation, Inc., a non-profit organization devoted to helping burn patients and their families with non-medical necessities. The Foundation operates the Jeffery Vaden Chavis House, a long-time dream of Dr. Still’s, which is a place for people to stay while their family members are in the Burn Center.

Leadership was a way of life for Dr. Still. At 13 years old he became an Eagle Scout, and numerous honors and achievements led to his nomination as one of the “Outstanding Young Men in America.” A Charlotte, North Carolina native, Dr Still attended Shorter College in Rome, GA, where he received a Bachelor of Arts Degree in Biology and Chemistry. He earned his medical degree from the Medical College of Georgia in 1965 and completed his residencies at Duke University in 1973. Education was important to Dr. Still; he not only encouraged others to further their education, but financially supported their efforts as well.

Dr. Still and his wife, Sue, have 10 children and 26 grandchildren. They enjoyed traveling the world together, including taking annual trips with their children. They also shared a love for animals, and expressed that through the care of more than 1,000 exotic birds. 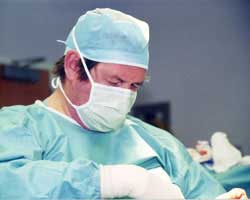 Dr. Still was a giant of a man, with a heart to match his size. He was a visionary, seeing the bigger picture that most could not see. Determined, generous, compassionate, hard-working, risk taking, problem-solving are adjectives that only begin to describe this friend and family man who affected the lives of thousands, and was loved by just as many.

Retrieving location data...
Use my location
Or Use My Location
List Map